.
Four young musicians unify their sounds in Amaconsort, led by their wish to perform the colourful repertoire of the 17th and 18th century in a lively and spirited manner. They are connected by this passion and study of historical sources, from which they base their interpretations. The varied possibilities of instrumentation offer a broad diversity in colours and soundscapes to the audience and constantly lead the ensemble to new acoustic discoveries.

In 2019, the group was been awarded with BR special prize in the renowned competition Deutscher Musikwettbewerb. Same year in May, they were selected as ensemble in residence at the Palace Rheinsberg, and invited to give concerts regularly during 2019 and 2020. They also received the 2018 Fringe Audience Award in the Festival Oude Muziek Utrecht. 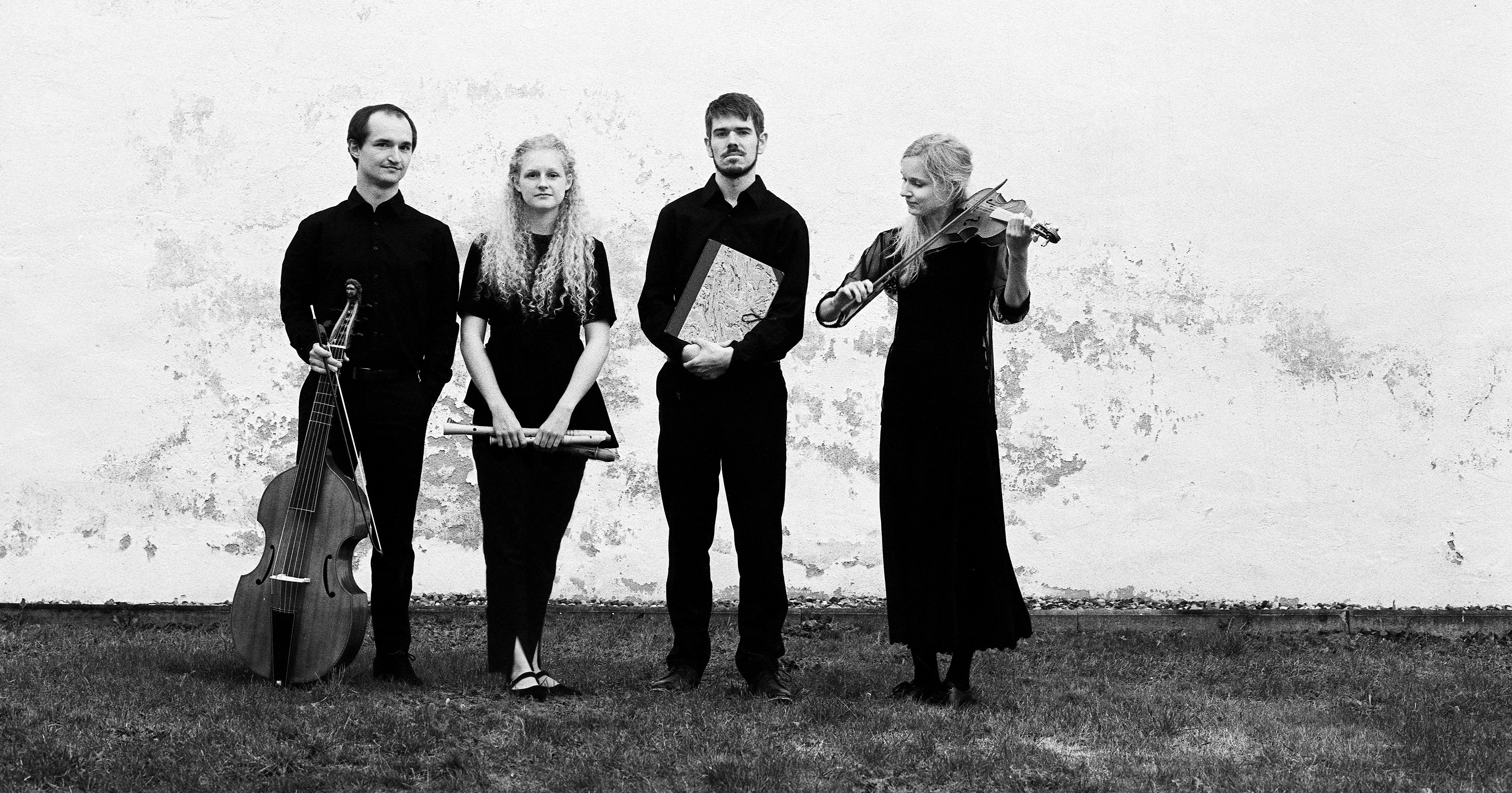 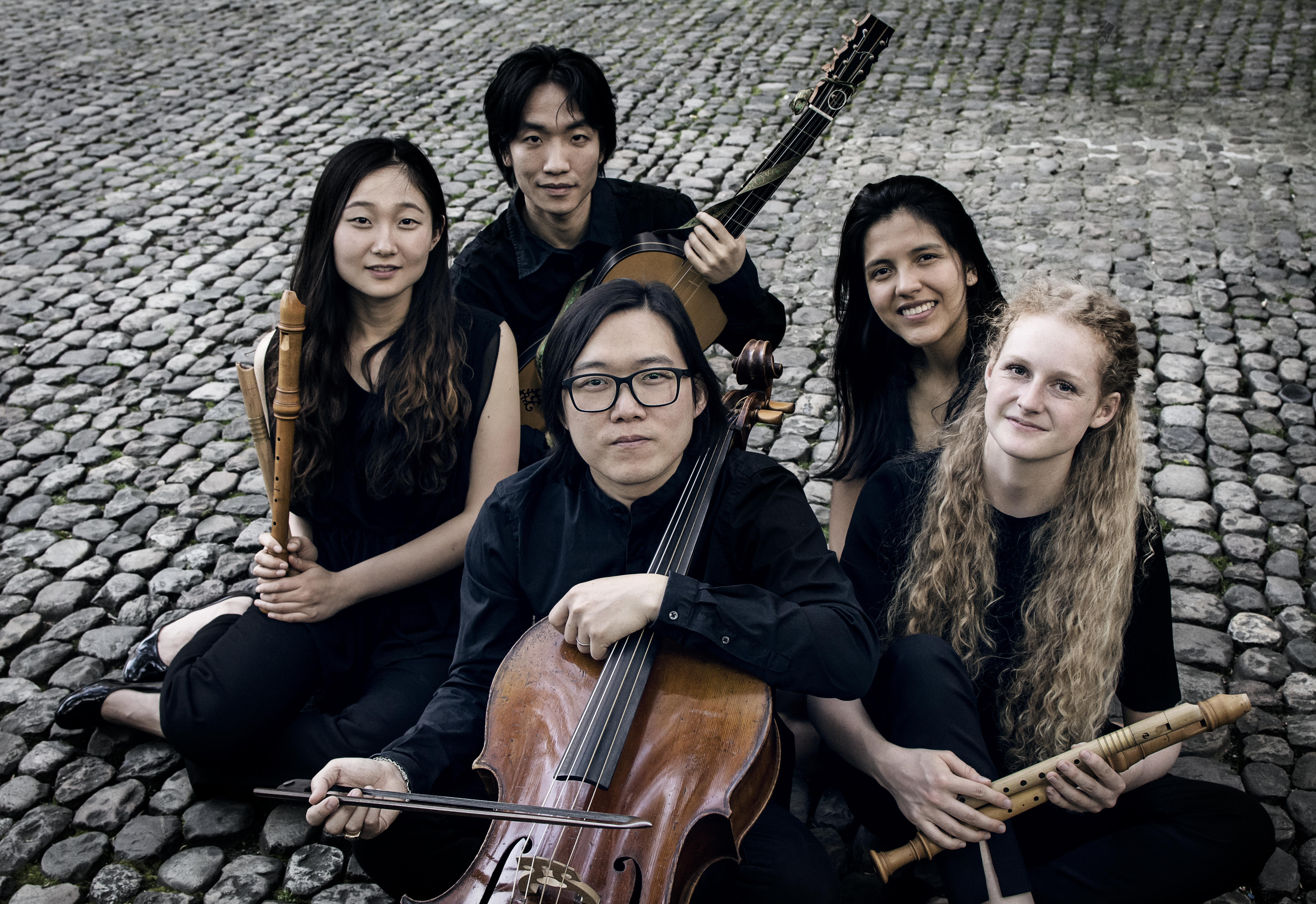 .
Sonorità is an ensemble focused on music from the 17th and 18th century.  Its name, derived from the Italian word for sonorousness, points to the origins of the ensemble; in 2016, four  young musicians from four different countries and cultures came together in an effort to bring a rich, colorful sound to the public. All members of the ensemble are current or former students of the Schola Cantorum Basiliensis in Switzerland, the international reference for Early music.

Sonorità’s music has been well received in concerts performed in  Switzerland, Germany and France. The ensemble’s sound is not only acclaimed by the public, but also by academic jurors, which awarded the team in an internal competition from the Schola Cantorum Basiliensis  (Vier Jahreszeiten FHNW). More recently, Sonorità won the Audience Award and the Second Prize at the Biagio Marini Competition 2018 and the 1st prize in the 40th Music Competition of the International Lyceum Club of Switzerland, Lausanne Switzerland, in October 2018.

The ensemble specializes not only in music from the 17th and 18th century, but also in contemporary music and improvisation. The whole team is dedicated to sharing their unique musical interpretation of each genre, and strives to make the audience vibrate in syntony with the music in every concert.

.
As an Ensemble specialized on the music between the late 15th and early 17th century, Echo Temporis Consort was founded in 2017 by the four recorder players Clément Gester, Noemi Müller, Charlotte Schneider and Lea Sobbe, who met during their studies at the Schola Cantorum Basiliensis.
Exploring the vocal and instrumental Renaissance repertoire, the young musicians’ aim is to feature the immense variety of sound colours of this music with the possibilities offered by a recorder consort. In consequence Echo Temporis Consort experiments with different scorings to find colourful instrumentations, emphasizing the affect of each piece.
The groups’ approach to its musical repertoire is characterized by balancing the imitation of vocal practice and the advantages of the possibilities a purely instrumental setting offers. Echo Temporis regularly performs in concerts in Switzerland.
The group receives lessons with Katharina Bopp, Conrad Steinmann and Han Tol at the Schola Cantorum Basiliensis. In masterclasses and coachings with Susanna Borsch, Peter van Heyghen and Pedro Memelsdorff the musicians keep discovering their repertoire from different perspectives. 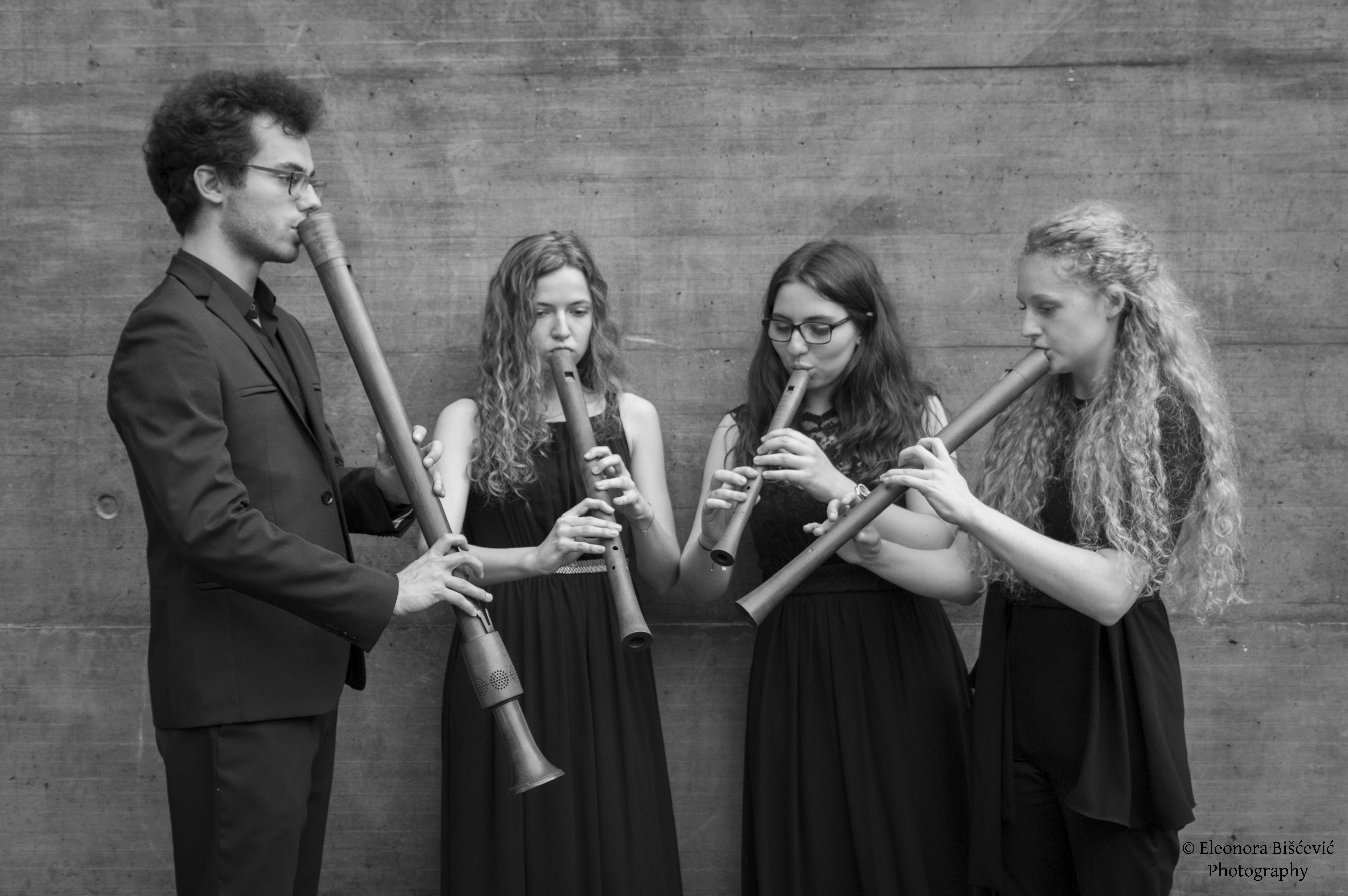